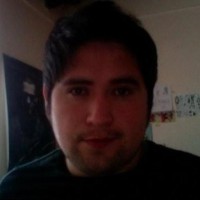 Born in Tijuana B.C Mexico, I started drawing at a young age, in 1986 when I was 6 years old my dad asked me for drawings of little lulu comics in exchange for money, so I guess my dad became my first client. In 1998 I went to a film and animation course taught by Sandra Equihua and Jorge Gutiérrez., that's when I knew that i wanted to be an illustrator/animator or something related. In 1999 I studied graphic design at a local university. Next thing I know, I was on my way to becoming a graphic designer. Once in college, I met several colleagues who motivated me to specialize in illustration and character design. When I finished school, I worked in several graphic design agencies and I was a freelance illustrator in my spare time. One day, when I decided that I wanted to be a full time illustrator and character designer. I resigned to my job and I laid my cards on the table… since then, I've been happy. Now I work on independent animation, children books and apparel, I have worked for Hard Rock Cafe, Giant, published on several art books and been invited to be part of an art show in Europe.
bencamberos.com/redpig2/home.html
Tutorials
Quick LinksExplore popular categories