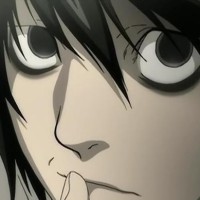 Anthony Britton has been a professional guitarist for 14 years based in London, UK where I also graduated with an Honors degree from the Guitar Institute back in 2001. For the past seven years he has been working for the Hertfordshire County Music Service as a guitar teacher in schools and music colleges covering GCSE, B-Tec, A-Level and Rockschool examinations. He loves to help people get as much out of music as they can, and he honestly believes that anyone can achieve a certain level of musical proficiency with the right attitude and commitment to practicing. On the performing end of things he has played the role of rhythm and lead guitarist for numerous covers and originals bands throughout the UK and abroad since his first proper paid 'gig' at the age of 16, and has racked up more gigs than he'd like to admit to. He has also been lucky enough to work on some individual projects, including his role as Musical Director for Patti Boulaye at the Royal Albert Hall, guitarist and co-producer for Jon X (Kevin and Perry Go Large, The Morrighan) and he has also performed the guitar parts on some modest, but very enjoyable film scores.
www.myspace.com/ajbguitarist
Tutorials
Quick LinksExplore popular categories